A year in the life: the lessons I have learnt and the blog posts they inspired

I cannot believe we are already standing on the brink of a new year.

It doesn’t matter how long I have lived,  I am always taken aback by the way the days, weeks and years tumble into one another and how easily I lose track of them.

In my room I have a box of journals. Some incomplete. Some impossible to read due to the padlocks I insisted on using. Some filled with nothing but drawings, doodles and childhood dreams.

This summer I want to clean out the bedroom I used as a child but I fear it will be something of a challenge.

Mostly because of that pink, sparkly box filled with my journals.

I hate getting rid of things. I hate choosing what things are important enough to keep and what things hopefully won’t be missed.

I can’t bring myself to get rid of the journals. Etched on those pages, immortalised in those words is me. Me at age 8, 13 and 16. Me growing up, finding myself and becoming who I am.

I couldn’t throw away those journals any more than I could wipe this blog off the internet. The memories are too precious. The snapshots of my life too rare.

Please indulge me with this one very long, final post. These are the lessons I have learnt this year. These are the blog posts I have written. This is the person I was in 2018.

A year in the life…

The month you never got to see. I was in a mad scurry to get this new blog up and running.

I was also hunting for a new flat for us to live in, going to a billion flat viewings and feeling increasingly discouraged as our options grew slim!

Thankfully, I managed to find a perfect place that absolutely exceeded all of my expectations. And we made the place our own right before the end of the month.

Hello and welcome to the new blog! I launched meganhallier.com and finally had an online space that matched the dream I had inside my head.

After moving into the new flat I decided this year I absolutely HAD to get to know my neighbours. So I took them some muffins and forged new friendships.

We got ourselves a dinner invitation with one of our neighbours who unfortunately didn’t speak English. This meal sparked my first post: The gift of our diversity.

I also started a new job working at a charity store which I fell in love with immediately. I got to work with clothes every day which was a dream come true!

But I also faced a secret battle with anxiety as my fear for the future became overwhelming. This inspired my second post: There is enough.

This month I learned the importance of slowing down for the first time. I realised that for my three years at university I had been rushing, straining and striving which was no good for me.

I took comfort in the familiar motions of being in my kitchen which is why I wrote: I’m not in a hurry.

I went to a leader’s retreat for church and as I watched the most glorious sunset I began formulating the words for my post: fighting the fear of missing out.

But March also saw me truly wrestling with my faith for the first time. I lost sight of who God is and how He fits into my life but just as quickly as I abandoned Him, I found Him again. Which lead me to write: beauty for ashes.

In every spare moment I had, I began to write. In the hour before work, in the silences between serving customers, in the evenings after dinner.

I discovered that once I released myself from the “lifestyle blogging” box I was free to write with abandon. To dig deeper, to push myself harder, to reveal more than ever before.

And after watching and falling in love with the movie ‘La La Land’ I wrote: Here’s to the ones who dream.

I also went to talk on the enneagram. Learnt I am a four. And got punched in the gut with the things my type does badly. For instance, constantly longing for the future instead of enjoying the present. Cue blog post: living in the now and the endless longing for the not yet.

As my friendships changed after college I found myself craving community. So I got more involved at church and more invested in my relationships.

A volunteer at the charity store was telling me about a quilt that her and her friends were making which inspired the metaphor in the post: Craving community and the cost of real connection.

In May I finally graduated from college which was one of the proudest and happiest moments of my life. But around the same time I unfortunately was replaced at my job which broke my heart and so I wrote: That familiar feeling of a changing season.

My anxiety continued to simmer beneath the surface so I took the very brave step of going to see a counselor. This turned out to be one of the best decisions I’ve ever made and it inspired the post: Healing from the past; unraveling our stories and struggles.

In the dead of winter we went ice skating and my wobbly legs on the slippery ice encouraged me to write about: The fear and thrill of the fall.

Around this time I was job hunting and managed to get a few interviews but the number of rejections began to get me down. The searching felt endless and so I tried to encourage anyone else in the same boat with the post: Facing up to the fear of rejection.

Then with my self esteem plummeting I did what any sensible person would and picked up a Brene Brown book. Her inspiring message about the power of vulnerability helped my pick myself back up and I wrote: Daring to be vulnerable and my fear of feeling joy.

I was so lost. Jobless and sad, I couldn’t manage to write and so the blog got placed on the back burner in favour of my mental health.

I finally found a new job! Working as a retail assistant in a cafe. I was delighted to work again and keep myself busy but I felt like I wasn’t living up to my potential. So I wrote: Feeling like a failure…when life doesn’t go as planned.

But I also learnt the importance of being myself and I managed to flip that feeling of failure on its head. And I wrote: Authenticity and finding happiness by being myself.

And it was this post that prompted me to finally admit (what was probably clear to everyone else) that I was in love again. This time it was mutual!

I’ve struggled with all kinds of insecurities but the very worst one has always been around my weight.

This year I finally began to look my myself in the mirror and actually LIKE what I saw. But nevertheless, the bad days still came and the ugly insecurities still arose. So I wrote about my body positivity struggles in my post: My body, my home.

I started to really enjoy my job and the people I worked with but I still found myself longing for something more. I figured that I spent far too much of my time wishing for another time and place.

And I wrote the post: When wishing for the weekend becomes a way of life.

After being moved to a new store and having to start all over again, I realised that my job was making me totally miserable and I so I finally plucked up the courage to quit!

I worked out my notice and walked out the door without looking back! And I wrote about it: Doing something brave even when it scares you.

After tossing and turning for months, feeling really unsettled and unhappy, I decided that perhaps it was my surroundings that were bringing me down. The big city got too much for me and I packed up all my stuff and moved back home.

But in doing so I was forced to say goodbye to some very important people in my life which is why I wrote: The painful realisation that growing up means saying goodbye.

And lastly as the year came to a close I found that I needed to leave old mindsets in the past and make some space for new things to come. So I wrote about: Minimalism; clearing the clutter and living simply.

Thanks for supporting my blog this year.

Thank you for every kind comment you’ve left, every like you’ve doted upon me and every minute you’ve taken to read the words I write.

I hope you have had a wonderful holiday season and that your new year will be wonderful.

If you have a second it would mean the world to me if you took my reader survey.  Every bit of feedback I get is unbelievably helpful for the future posts I will write. Because ultimately, I write not just for myself, but for you too.

powered by Typeform
See you next year!

Shop Small: The ultimate gift guide for New Zealand ladies
Fighting the fear of missing out
5 ways to practice being present in the moment
Mindful eating: 5 simple ways to be present while you eat
Tags: life lessons personal personal growth
3 Comments
Previous Post Next Post

Being present in a distraction-filled world

Minimalism: how to be content with what you already have

Simple living: the secret to thriving in a society obsessed with the hustle 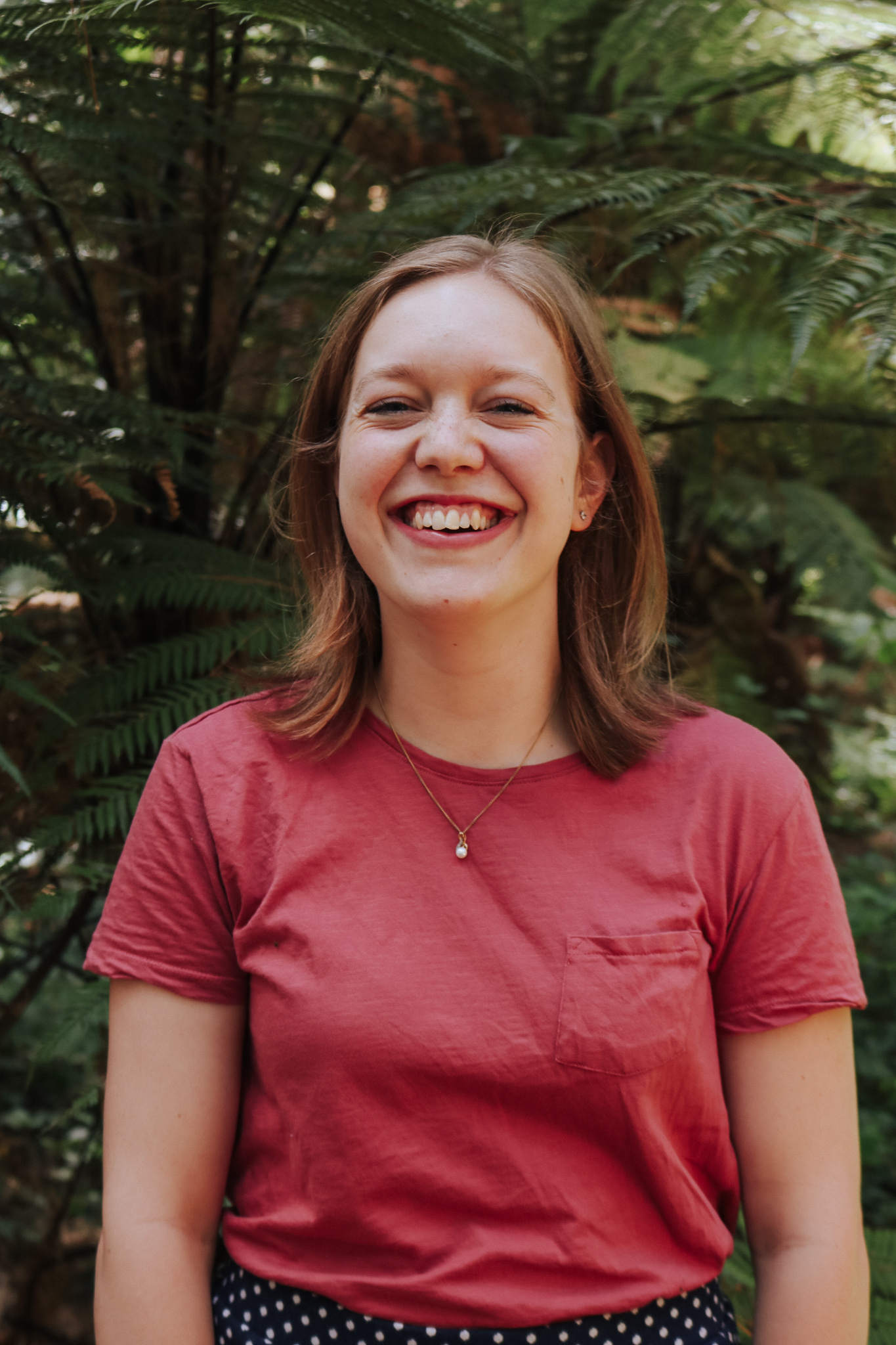 A writer, blogger and simple-living enthusiast. Read my posts for inspiration on mindfulness, personal growth and handling life as a millennial!